Increase of wolves unwelcome to cattlemen

Posted on April 15, 2017 by stevenscountycattlemen 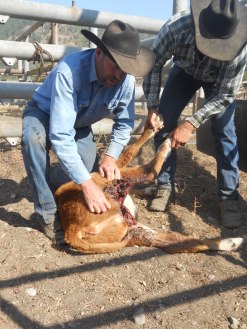 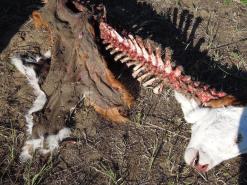 The Stevens County Cattlemen’s Association (SCCA) is working to prepare their members for another difficult summer grazing season, as the Washington Department of Fish and Wildlife (WDFW) recently announced wolf populations grew by 28 percent in 2016. The department now estimates that there are at least 20 known packs and 10 breeding pairs in the state.

Since the 28 percent increase is occurring primarily  in northeast Washington, those cattle and livestock producers who were already having problems with the wolves anticipate their struggle will grow.

“We know the problem is getting worse and every year the department tells us they are going to do more to help us, but we have yet to see evidence of that,” said SCCA Vice President Scott Nielsen. “Every year as their number of wolves grows, the number of cattle producers who are suffering from losses to their operations or being driven off their grazing grounds is also continuing to grow. That’s not something to be proud of.”

Since wolves started regularly attacking cattle in Stevens County in 2011, the wolf attacks have peaked every summer when cattle are out on grazing lands, culminating in lost calves and cows. In addition, sheep have been killed, guard dogs and domestic dogs have been attacked. Wolves have also become so prolific in some areas that ranchers are unable to return to their summer grazing lands in areas like Chewelah because the wolves harass and attack the cattle, making management of the cattle difficult.

In response, WDFW has continued to consult the Wolf Advisory Group, an environmentalist-heavy panel of volunteers, to determine how to address the issue and decide when problem wolves need removed. WDFW has also pushed a variety of management methods deemed “non-lethal deterrents” that have yet to prevent wolf kills.

“What we know about their ‘non-lethal’ methods is that they only delay the killing and are not applicable to many situations,” said Nielsen.

WDFW’S “Range Rider” program, for instance, only authorizes department-paid volunteers to look for dead cattle, but the riders are not authorized to stop or prevent  wolf kills in any way.

“It’s ironic that this program gets so much attention because ranches have had ‘range riders’ for a long time—they are called cowboys—but our cowboys have the job of taking care of the cattle. The state sponsored range riders don’t maintain fence, they can’t doctor sick animals, they don’t help with any of the ranch management. Instead, they just look for things wolves have killed. It would be better to call them range coroners,” said SCCA President Justin Hedrick.

SCCA said it will continue to advocate for its members on the wolf issue and provide support to affected operations whenever possible.